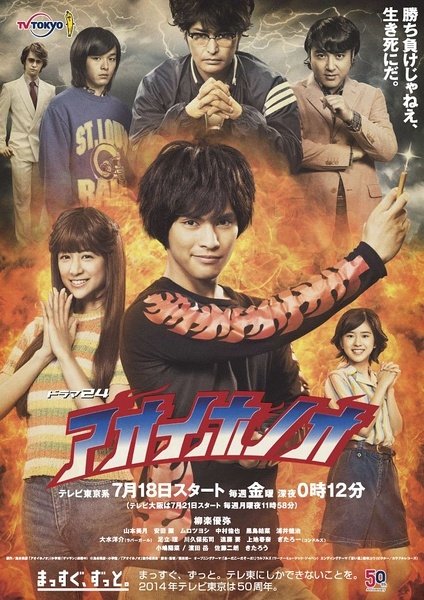 Sinopsis: Set in the early 1980’s, Moyuru (Yuya Yagira) is a student at an art school in Osaka. He is full of passion and desire in his pursuit to become a manga writer. He also doesn’t lack confidence in his abilities. Morinaga Tonko (Yamamoto Mizuki) is Honoo’s senior at school and the manager of the badminton team which Honoo belongs to. Right before summer vacation, Moyuru makes a decision. He decides to take his manga manuscripts to a publishing company in Tokyo.